RIP Facebook Live: As subsidies end, so does publisher participation 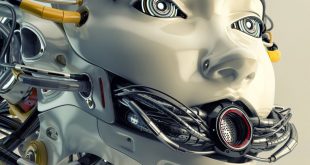 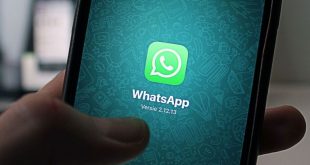 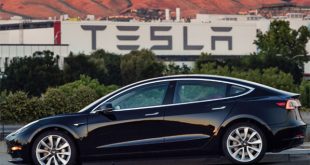 THE NUMBER OF FACEBOOK LIVE videos produced by paid partners more than halved by the end of 2017—and in one case fell by as much as 94 percent—as once guaranteed payments ended and Facebook de-prioritized the product, new Tow Center research suggests.

In an analysis of 17 brands that were paid by Facebook to make live videos for the platform, the number published from April to December 2017 fell by an average of 51 percent when compared to the 12-month period from April 2016 to March 2017.

Two years ago Facebook bet big on Live, the company’s native live-streaming platform, frantically tasking its employees with preparing for the launch of a product that enabled users to broadcast video and interact with viewers via comments and reactions in real time.

In March 2016, Facebook reportedly began paying select publishers and personalities to produce Live videos, including BuzzFeed, The New York Times, CNN, HuffPost, and Vox Media. (The Wall Street Journal estimates that these top outlets each received anywhere from 1.2 and 3.1 million dollars in compensation.) Facebook also calibrated the News Feed to prioritize Live videos over other types of content. (For a comprehensive overview of developments around platforms and publishers, see the Tow Center’s timeline.) 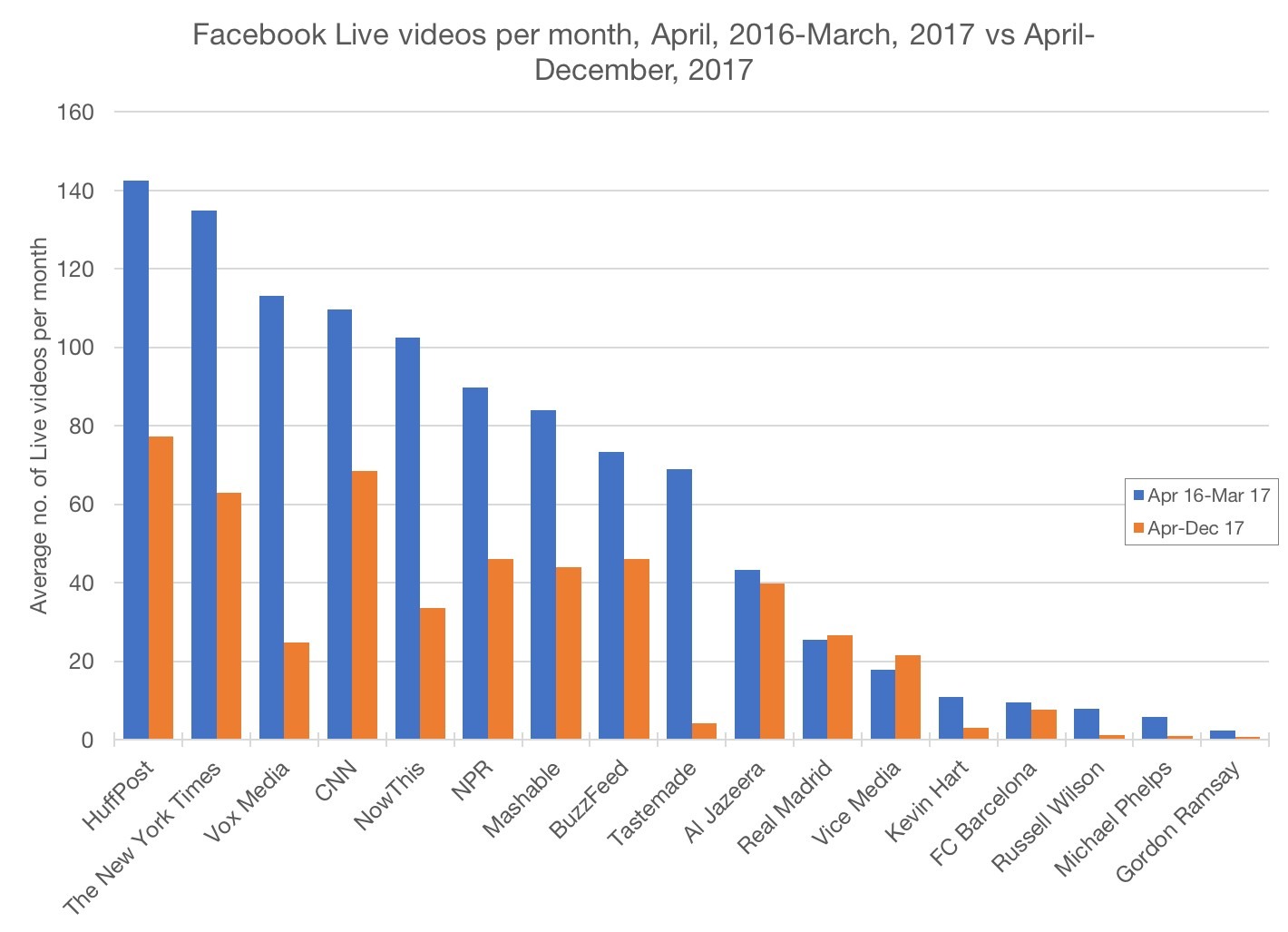 At the time, the algorithm shift was considered almost as significant as the payments. As Recode (part of Vox Media, one of the publishers paid to produce Live content) put it, “The truth is, Facebook doesn’t need to write publishers checks to get them to do what it wants: All it needs to do is make it clear what kind of stuff it wants in its News Feed.” 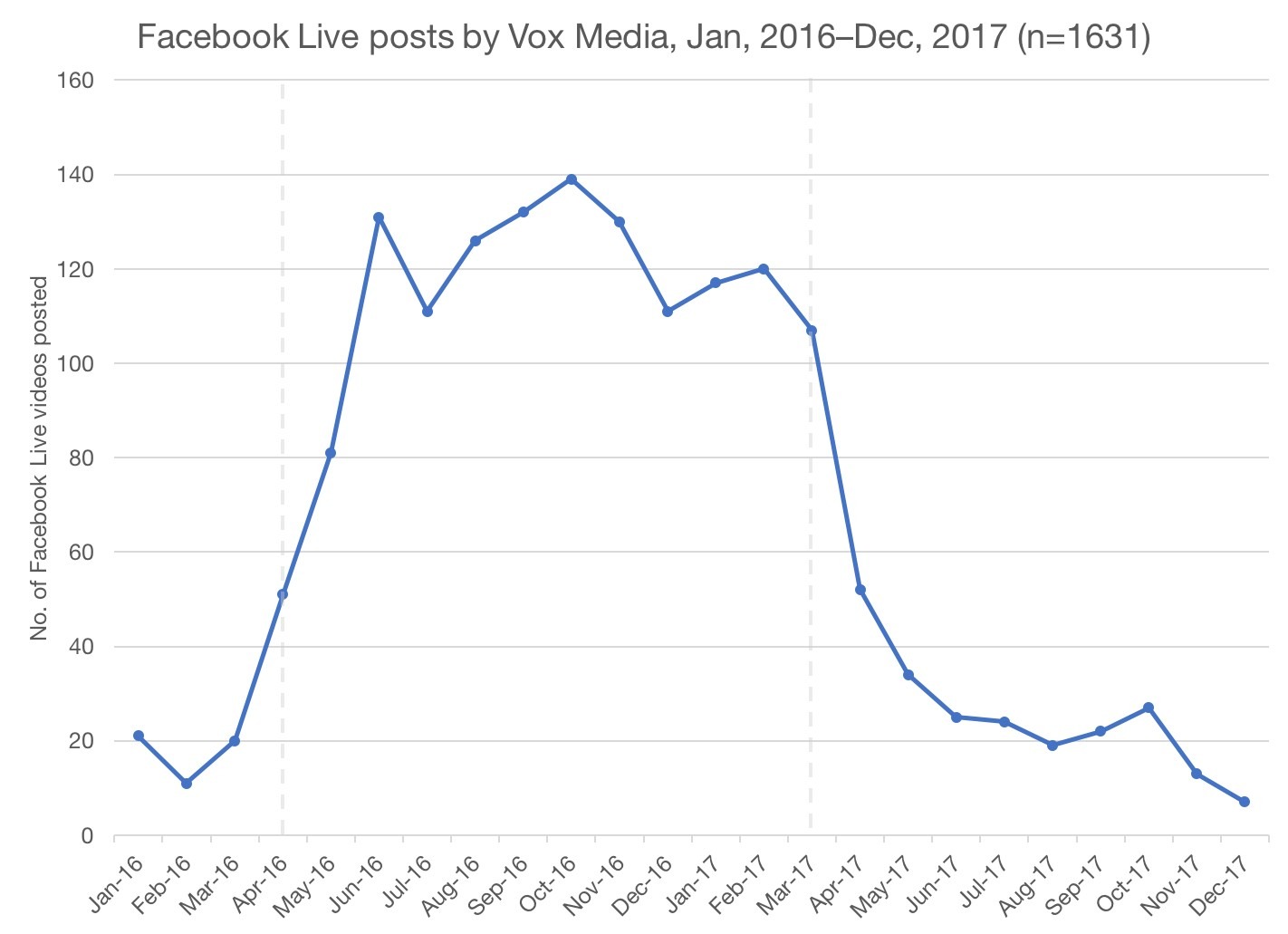 NOTE ON METHODOLOGY: Using data from CrowdTangle (the monitoring tool now owned by Facebook), Tow reviewed the number of Live videos produced during 2016 and 2017 by 17 of the 18 publishers identified as paid partners by The Wall Street Journal (Hearst was not included). Rather than only focus on each brand’s main Facebook page, we attempted to include other associated pages (e.g., The New York Times Opinion Section, The New York Times Books, etc.) and, where appropriate, prominent journalists whose Live videos are frequently shared via these outlets’ main page (e.g., Nicholas Kristof’s page). This produced an overall sample of 17,585 Live videos, published from 232 pages associated with the 17 brands.

Based on The Wall Street Journal’s reporting, the year-long period during which publishers were being paid began in April 2016 and ran through March 2017. During the remainder of 2017 for which Tow collected and analyzed data, Facebook started looking beyond Live—leaving publishers with concerns over how to monetize the product.

As reported by Digiday in October 2017, “Six months in, Facebook’s test of mid-roll ad breaks within live and on-demand videos is driving scant revenue for publishers.” Quickly, publishers’ use of Facebook fell off a cliff.

This is particularly pronounced at outlets such as Tastemade, a digital native focused on food and travel, to whom Facebook reportedly paid one million dollars to produce Facebook Live videos. 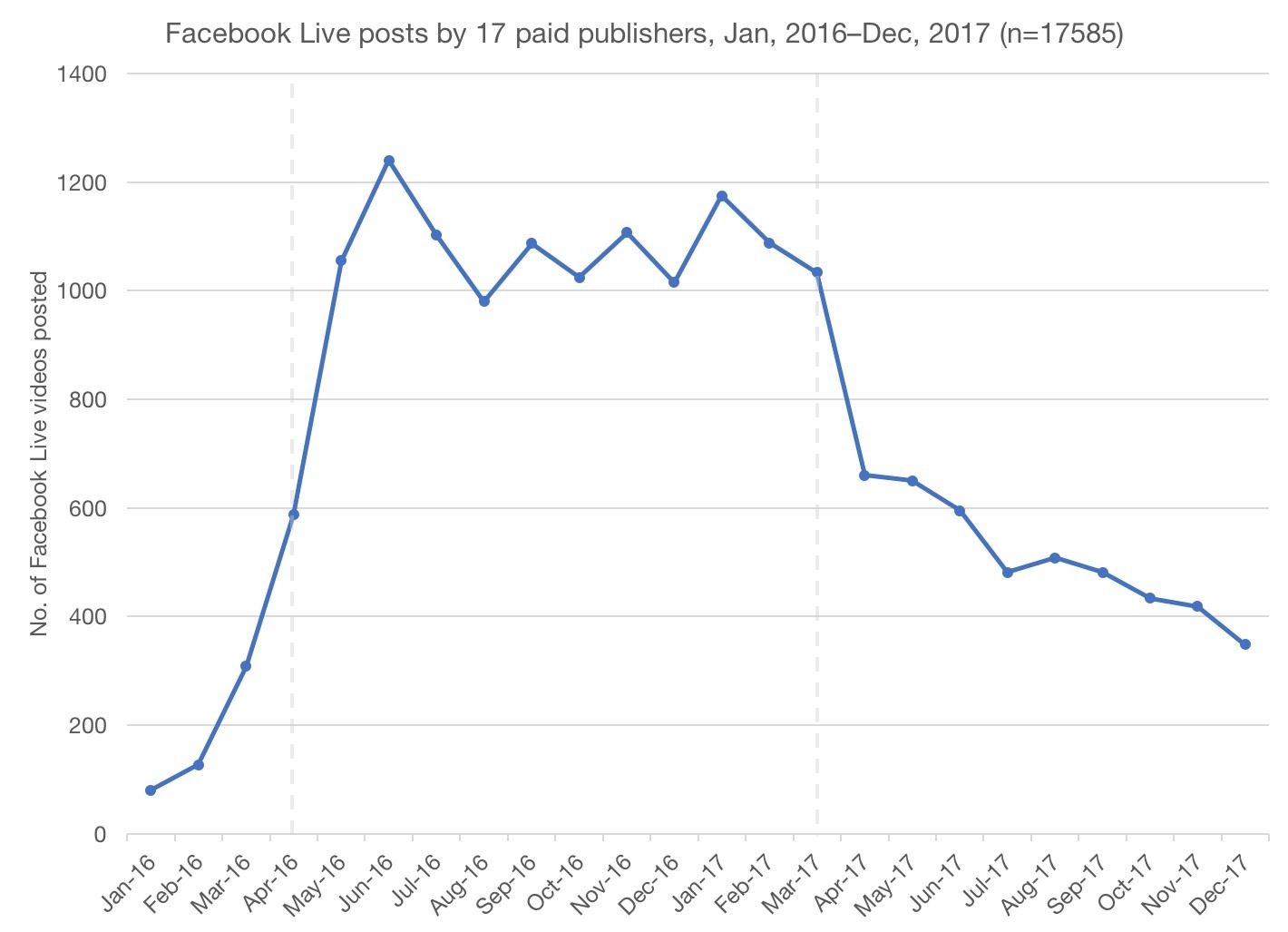 Of these, 828—or 95 percent—were posted in the 12-month period between April 2016 and March 2017 when Facebook was reportedly providing the company with financial incentives.

There are numerous other examples of publishers whose Facebook Live output likewise fell away once their contractual obligations and associated payments ended.

One high-profile partner was The New York Times, which had reportedly assigned a team of seven full-time employees to produce Facebook Live content.

The Times first began posting Live videos from its Facebook pages early in April 2016. Between April 2016 and March 2017, The Times posted a total of 1,618 Live videos, or an average of 135 per month. In the subsequent months of 2017, that average more than halved to 63.

By December 2017, posts of Live videos across The Times’s pages had fallen to just 26.

Another outlet of note, analyzed by Tow in addition to those brands that The Wall Street Journal identified as paid partners, is Refinery29.

In June 2016, Digiday reported that Refinery29 was “building a multi-purpose studio space with shooting more Facebook Live content in mind,” all of which required specialists, according to Chief Content Officer Amy Emmerich.

The same piece quoted Emmerich saying, “If [Facebook Live] isn’t in the top 15 percent of the things you’re looking to develop for your video strategy in the next year, you’d be making a mistake.”

Digiday’s reporting noted that Refinery29 wouldn’t comment on if it was paid by Facebook to produce Live videos. But its pattern of posting is strikingly similar to those that are known to have received payments— showing a far higher rate of production during the 12-month period of April 2016 to March 2017.

During that year, Refinery29 brands posted an average of 47 Live videos per month, according to CrowdTangle data. From April to December 2017, that number plummeted to 18.

Not that anyone expected Facebook Live to be a sustainable source of revenue. Last January, Andrew Morse, executive vice president of editorial for CNN U.S. and general manager of CNN Digital, admitted, “It’s going to be hard for us to continue to do Facebook Live long-term if we can’t figure out how to monetize it, because we’re able to monetize our video really well in other places.”

In December, Digiday called Facebook Live “a dud.” In January, a piece in The New York Times noted that “it is unclear how successful the effort was for Facebook and the news organizations that signed on.”

But Facebook does not appear ready to let Live go. Last month’s announcement of a seismic News Feed shift hinted at a renewed effort to breathe life into Facebook Live, citing the videos as the types of posts that attract the kind of engagement that the new algorithm will prioritize: “Page posts that generate conversation between people will show higher in News Feed. For example, live videos often lead to discussion among viewers on Facebook—in fact, live videos on average get six times as many interactions as regular videos.”

With monetization options lacking, it still seems unlikely that a bump in News Feed visibility will be enough to entice publishers back to Live.

Even while the original deals were in place, Kurt Wagner of Recode suggested that “the amount of money Facebook paid for these live videos … was not significant enough to merit the time and resources it took to produce them.”

Still, Matt Klinman, creator of Funny or Die’s joke-writing app Pitch, articulated the importance of direct, guaranteed payments to smaller producers to incentivize the production of such resource-intensive output:

Facebook put all this money into Live, and a bunch of cool things sprang up. And that’s because they put money into it. They gave water to the desert, and people flocked to it, because there are so many cool and creative people out there who want to make things with love. If you aren’t paying people, those things aren’t going to happen.

From this perspective, it is not Facebook Live the product that is a dud so much as Facebook’s inability or unwillingness to figure out how to pay publishers.

Without this, Live as a news product is well on its way to the scrapheap. 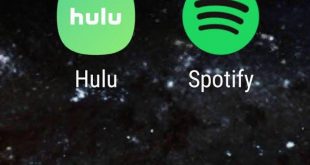